Helping Leaders Thrive in the Fourth Revolution: May The Force be with you 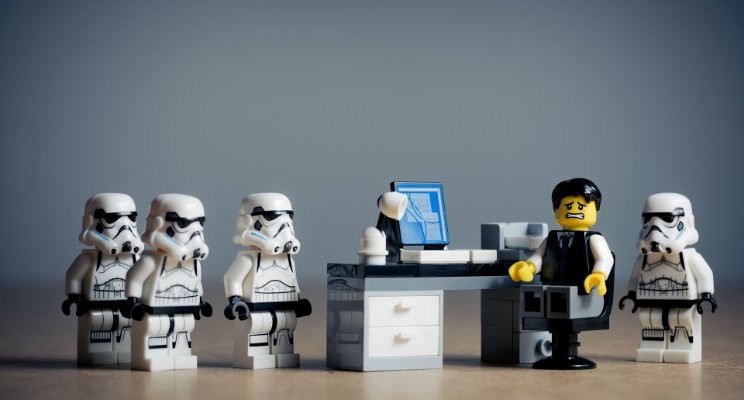 The changes brought by Digital Disruption and Artificial Intelligence are accelerating in their magnitude and pace. It’s a whole new era. It’s no longer a Fourth Industrial Revolution; we are facing a new Intelligent Revolution.

If there is one model of leadership that exemplifies the old model, it is that of the ‘heroic’ myth. That leaders are simply born with the ‘right stuff’ and are superior to others by virtue of their possession of innate intellectual prowess. For a long time, the preeminence of IQ and Cognitive Intelligence as the standard of excellence in leadership was unquestioned.

Then along came Emotional Intelligence pioneered by Daniel Goleman. How leaders manage themselves and their relationships matters more than raw intellect. As the concept, emotional intelligence, or its shorthand EQ, became ubiquitous, it spread to the far corners of our planet showing up in settings as unlikely as the cartoon strip Dilbert. EQ is now recognized in languages as diverse as German, Portuguese, Chinese, Korean, and Malay.

And now with the arrival of Machine Intelligence, data has moved up in the world from a support function to a deterministic one. Hitherto data was seen as only the first step in a long chain of activity. Leaders were supposed to distill data into knowledge and knowledge into a decision. Not only do we have a lot more data, but modern data no longer just supports decisions which leaders are comfortable with. Data now determines the outcome. In a deterministic world, the data itself makes the decision. Algorithms control much of the money currently swirling around the world.

When machines are able to teach, diagnose, and outperform us in remembering, analyzing and making faster and better decisions, what will leaders do?

The key to helping leaders thrive is to embrace the Fourth Intelligent Revolution — bringing Cognitive, Emotional and Machine Intelligence together, to acquire and develop the new ‘right stuff’ of leadership. In order to survive the Big Data/AI bonanza, leaders will need to constantly relearn and reinvent themselves. In order to do that they will need new skills and mindsets.

There is no doubt that AI provides leaders with the potential to make faster and better judgments. But because technology is moving so fast, and leaders are overwhelmed by data, they are thinking on a far smaller scale and are bereft of grand visions. Yet paradoxically the scale and pace of changes and competition brought by ever-advancing technology require leaders to have the ability to envisage the next big thing and execute on multiple strategies. This requires leaders to be able to make Machine Intelligence their strategic partner.

Augmenting a leader’s strategic capability with AI allows the leader to be more agile in knowing what to focus attention on, seek simplicity in the world of complexity, and to detect the ‘weak signals’ of disruption and opportunity in the face of competition from new and emerging products and services. Bringing AI into the board room to supplement strategic decision-making will become a source of competitive advantage, just as important as electric power was in the industrial age or software in the information age. However the hand of data is blind and left to its own devices, an algorithm may fail to do anything about what is in the interests of the people, be it customers or employees. Sometimes strategic decisions are not about what the algorithm says is best but what will progress the interests of the business in a morally positive way, and in this respect humans still have the upper hand.

Remote and contingency workforces and virtual collaboration are rapidly becoming a norm instead of a trend. With technology, people are able to work with anyone, anytime, anywhere, and their interactions become faster, shorter and more frequent. As the nature of work is changing, organizations are rapidly moving from functional hierarchies to a network of teams and ecosystems. Individuals now work on multiple projects concurrently for different leaders. Yet culture, engagement and continuous learning and development remain the key retention strategies for Millennials and Digital Natives.

This presents a real and emerging paradox for leaders. How can a leader create an engaging culture and unite global teams and at the same time connect with and empower individuals in an almost virtual reality? Leaders need to rethink the employee experience and change the way they lead, engage, empower, coach and reward their people. This again requires leaders to make Machine Intelligence their strategic partner. Nowadays, AI is able to provide leaders with people analytics on social dynamics, network analysis and affective feedback. Leaders can use this data to generate insights and take actions to improve staff engagement, strengthen organizational communication, create a diversified and inclusive work environment, and spark creativity among work teams. However while machines can potentially be ‘emotionally aware’, they are a long way off being able to form deep connections with people and having thoughtful human interaction. A machine can remember your birthday but it cannot help you blow out the candles. There is still an essentially human element to leadership, which machines cannot yet replace. The challenge facing leaders is finding ways in which machines can augment their humanity to thrive and survive.

In Star Wars, ‘The Force’ is what gives a Jedi his power. In the words of Obi-Wan Kenobi, “It’s an energy field created by all living things. It surrounds us and penetrates us; it binds the galaxy together.” It allows those trained in its ways to “duplicate the positive power within”. In The Last Jedi, the demonstration of a new Force opens up a whole new world of possibilities. So too with Machine Intelligence. It is not a threat that leaders should be afraid of and resist, but a strategic partner they can use to grow and transform themselves. A Force not to be reckoned with so much as reconciled to.